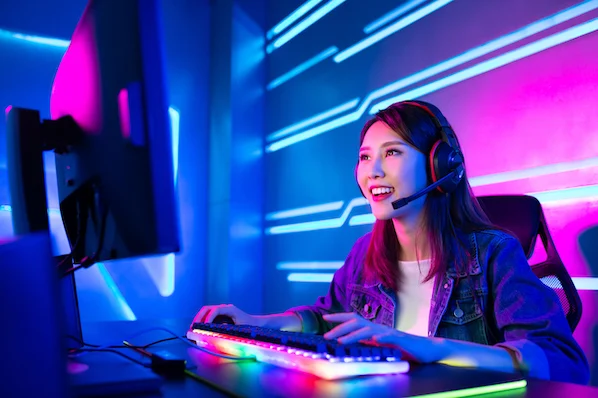 What is Twitch?
Twitch is a live video streaming platform that was founded in 2011. It offers a variety of different videos such as cooking, fitness, music, talk shows, Q&A’s,  their IRL (In Real Life) section where people can live stream their lives, and — their most popular — video games. It started out as a spinoff of Justin.tv, but outgrew its parent company and was rebranded to Twitch Interactive and acquired by Amazon in 2014.

What makes twitch different?
Twitch brings tools such as live video of games being played, including video of the gamer playing it, direct messaging, live chat, and letting the audience dictate the action in the videos to a broader array of video programming. Some have said that twitch presents a vision for the future of live television. The company has fostered community and attracted new views with its TV show marathons; everything from Bob Ross’s The Joy of Painting to Doctor Who. It also streamed the Amazon Thursday night NFL games, and the platform let particular streamers provide their own commentary. Drake’s even a twitch streamer!

How is Twitch useful to both companies and consumers?
Sometimes reading or watching reviews for products aren’t enough, and for this reason, people tune into Twitch to see if a game is right for them. Some Twitch streamers actually get early access games and will partner with publishers in exchange for advertising. Streamers and viewers can connect with one another which keeps business going for these publishers.
Brands use Twitch to increase brand awareness, target specific audiences, produce branded streams, and leverage influencer marketing. Brands can also integrate advertising into live streams through branded live streams to generate leads. The platform is great for scaled engagement and for reaching specific campaign goals.

So, what’s the bottom line?
The bottom line is, Twitch is a streaming platform that creates community, entertainment and is a useful tool for both companies and consumers. It is so popular and ever-growing, with an average of over 15 million daily active users, with 95 minutes of watch-time per the average viewer. Twitch is for sure the future of live streaming.